We received about 3” of new snow at the house between yesterday and this morning which meant there had to be more up high. After a leisurely morning I was out the door around 9am. Stopped for coffee, a breakfast sandwich, a couple of Snickers bars then made my way to Sterling Gorge (https://goo.gl/maps/DMdX4cTonPxpbiVY8). Arrived at the lot to find I was the first one there. Quickly put on my gear and headed up the Upper Gorge Loop skiing it counter clockwise. With about 4”-5” inches of new snow at the trailhead only the slightest trace of previous tracks were visible. Temps were in the mid 20’s with a pretty good breeze that luckily stayed in the tree tops. I skied 1.5 miles to the high point of Upper Gorge Loop then hung a hard right off the trail and headed up to a saddle on the ridge. With a steady pace I was able to make it to the ridgeline in just about an hour after leaving the car (2.2 mi.). I was on a pair of Vector BCs and Excursion boots. Although I had skins in my pack at no point did I feel they were required? The waxless base did the trick. I did, however, encounter numerous small drainages that made navigating interesting. The goal of the trip was to ski the trees on the other side of the ridge which heads down to Beaver Meadow. Descending off the ridge I only got five or six turns before the line I had chosen closed up. Having studied the topo I decided the best option was to traverse left (northwest). Sure enough lines opened up everywhere. It’s still early in the ski season and I was on a solo mission so a little extra caution was in order. None the less it was nonstop turns down to the Burling trail. I crossed the Burling trail where the saplings grew thicker and the pitch flattened out. Skied this for a ways then headed for the Beaver Meadow cabin. Heated up water for soup and gave my feet a breather. Following my snack I headed out behind the cabin and followed the blue markers for the Catamount Trail/Burling Trail. The Burling trail is a spur off Section 24 of the Catamount Trail (https://catamounttrail.org/ski-the-ct/t ... ection-24/). Following the Burling trail lead me back to the base of my descent from the ridge. The original plan was to head back over the ridge and retrace my tracks. The snow was so good (>8”) that I decided to climb back to the top and catch another run and head back to the car via the Burling trail and VAST (skidoo) trail (2.5 mi). However, in the future I’d opt to climb back over the ridge and return on the Upper Gorge trail. The Burling trail didn’t have the pitch that I remembered and given the somewhat early conditions there were numerous wet spots that needed to be avoided. One item to note. This region can also be accessed from the Beaver Meadow parking lot (https://goo.gl/maps/SPJUrhYp3RaYkW9QA) If you plan to access from the Beaver Meadow lot during the 2019-20 ski season note that there is a bridge out on the Mud City Loop Rd. You will need to drive Mud City Loop counter clockwise to get to Beaver Meadow Rd. 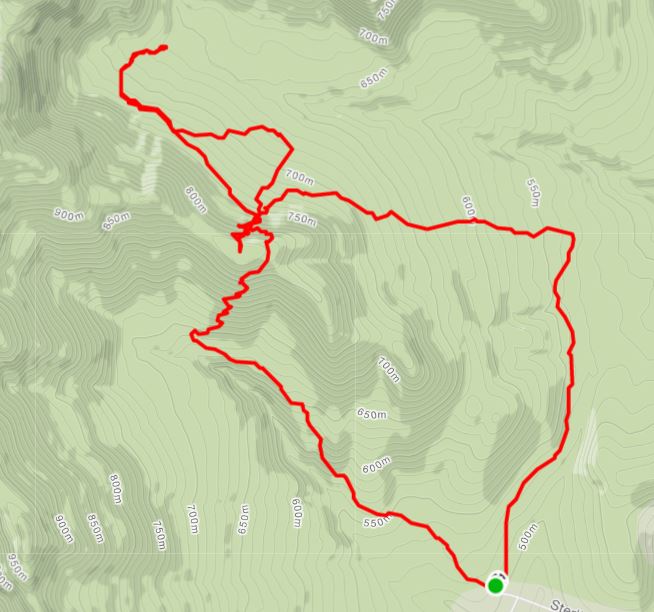 Looked like a good place to start down off the ridge 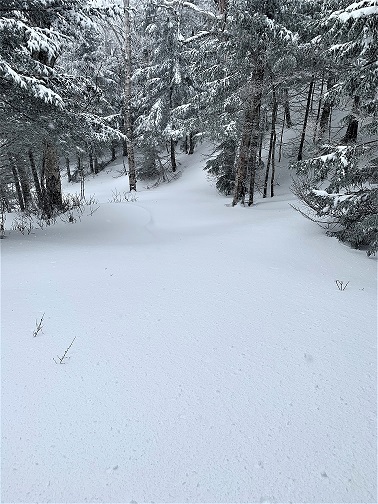 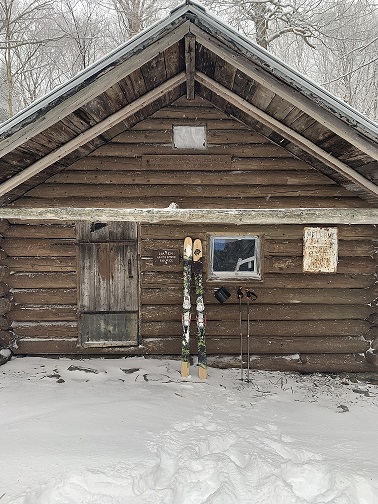 They do. Mostly skied Merrell Ultras until this year. I found the Excursions an easy switch.
Top

Hey vt_trees, welcome to the board. Nice tour. I like your trial and error navigation using topos or spinning the prize wheel and heading out into promising terrain. That seemed to have paid off! Looked at the surrounding area to figure out where you were. Cool eastern slope location.
Top

I love Sterling Valley. I usually do a nice mellow tour (8 Bridges, Lauren's, Peek-a-View, Marston), but when the snow is good it pays to skin up to the ridge.

One more reason to move to Mo'ville
Top

One more reason to move to Mo'ville

When I finished my tour there were 8 cars in the Upper Gorge Loop lot and 8-10 in the Sterling Falls lot. Looked like most folks headed for the Ruschp trail and up to the ridge. I took the path less traveled and it made all the difference.
Top

I took the path less traveled and it made all the difference.